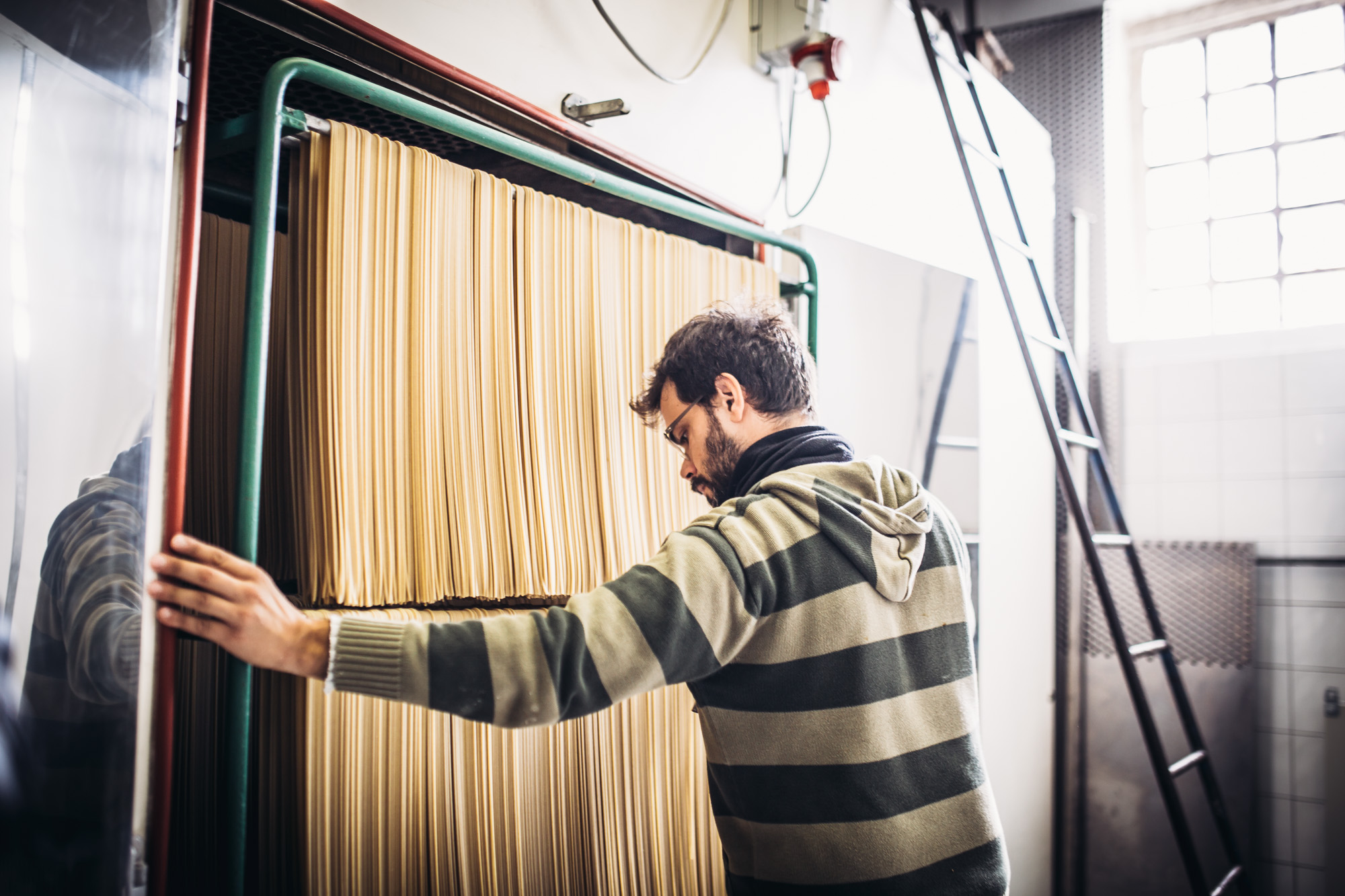 As the last stage of the production cycle, the drying is a very delicate phase in which part of the initial water content is progressively eliminated. In fact, it is important to be very careful not to let the outside of the product dry too quickly, otherwise the water risks breaking the pasta on its way out.

At Pastificio Fabbri, the pasta is placed in drying cells for a period ranging from three to six days depending on the different shapes, and the drying temperatures remain strictly below 38°C. This is the only way, also recognised by scientists, to keep the gluten and starches “alive” in their natural state, thereby facilitating digestibility. 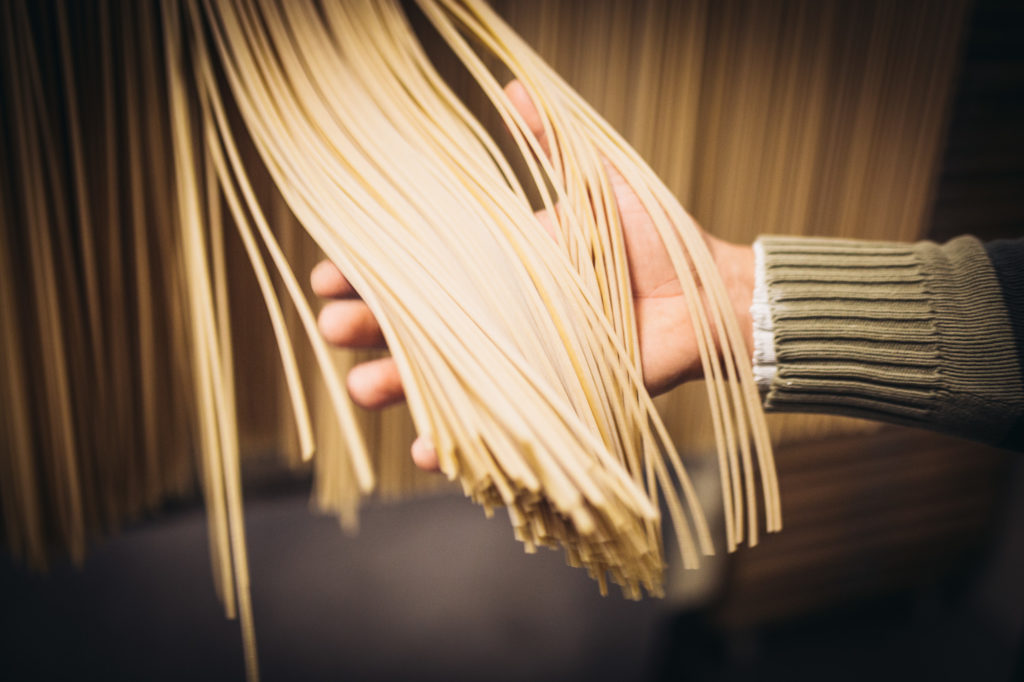 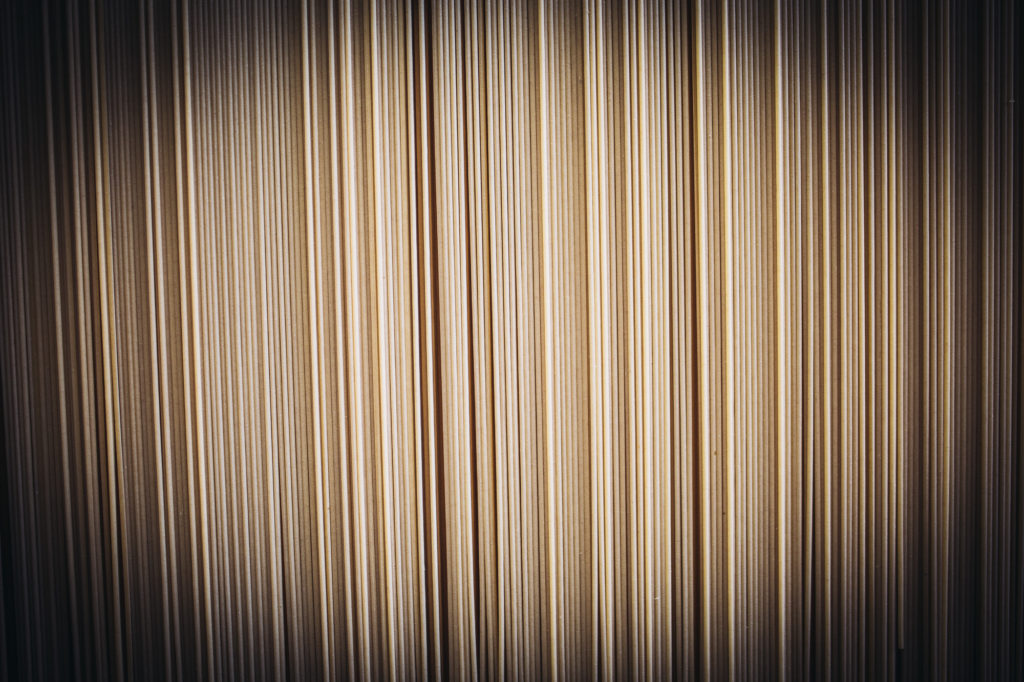 In our pasta factory, we have continued to use the same drying temperatures and times as we did in the early 20th century with the advent of the thermo-mechanical dryer, which reduced drying times to three-six days depending on the pasta shape. Up to then pasta was still dried outdoors, and the average drying time in summer was about eight days for pasta factories on the Neapolitan coast and more than a month for those in the North. Our oldest drying cell, the “Garbuio”, is dated 1956 and was designed following the standards of the first thermo-mechanical dryers. Our four other drying cells were then made based on the original design.

The Garbuio Method is based on the action of two fans inside the cell that direct the airflow for about 30 minutes to the right, and then reverse the flow to the left for another 30 minutes. In doing so, the water is slowly extracted from the pasta at a temperature below 38°C without risking damaging its integrity and organoleptic qualities.

After the Second World War, the average drying times were gradually shortened to allow industrial pasta factories to dry the pasta in only a few hours using temperatures above 100°C. 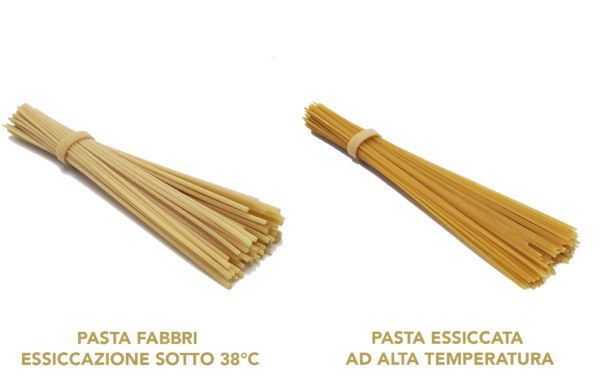 According to Maillard’s reaction, any protein subjected to temperatures above 38°C transforms and undergoes thermal damage. In fact, the result of low or high temperature drying is immediately visible from the colour: the higher the temperatures, the more the pasta passes from a natural straw yellow colour to a burnt yellow one and loses the ability to absorb sauce because the gluten (composed of proteins) has been denatured. The pasta is practically “toasted” and dehydrated.

The Fabbri drying method below 38°C instead allows maintaining the structure of the proteins unchanged. It results in a superior absorption capacity of the pasta, much higher digestibility and a creamy white colour, just like that of gluten in its natural state.

This drying method is precisely what gives our pasta a unique character: “a living pasta that smells like wheat”, says Giovanni Fabbri.