Pasta is going to be the food model of the future 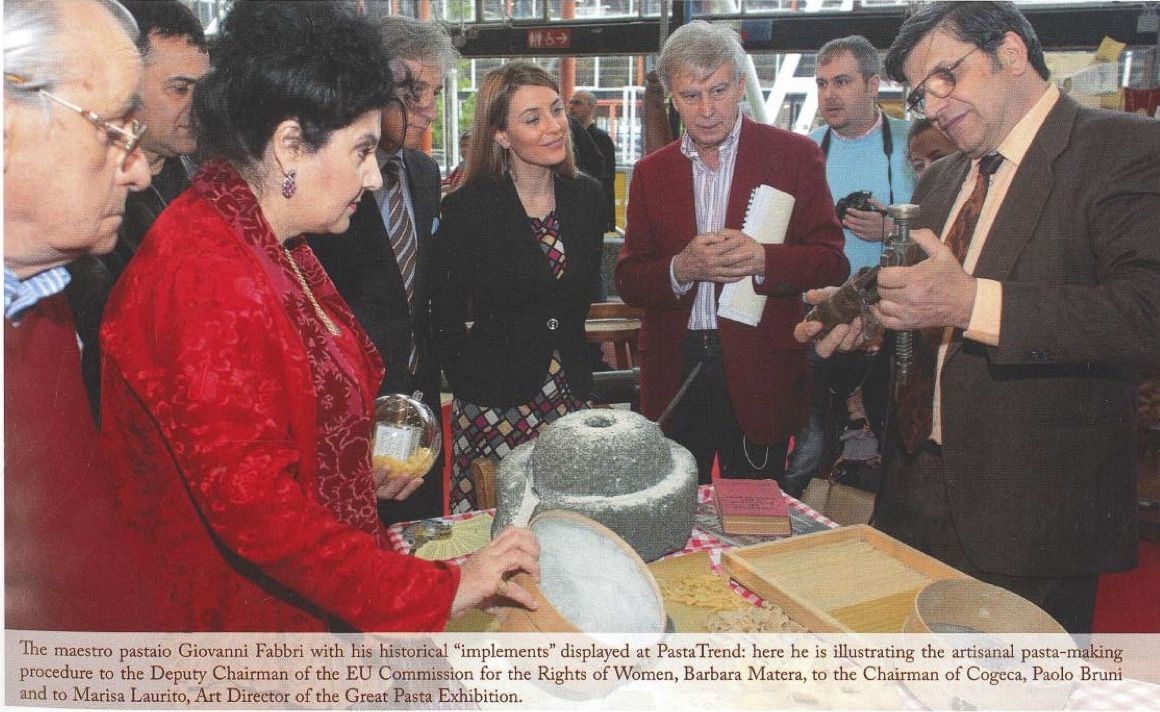 Above : the maestro pastaio Giovanni Fabbri with his historical “implements” displayed at PastaTrend : here he is illustrating the artisanal pasta-making procedure to the Deputy Chairman of the EU commission for the Rights of Women, Barbara Matera, to the Chairman of Cogeca, Paolo Bruni and to Marisa Laurito, Art Director of the Great Pasta Exhibition.

“Chances are pasta is going to make it.

Most especially abroad, on the back of increased market shares and penetration in modernising countries as well as of its unscathed appeal in Italy, where the average capita consumption is and remains the highest in the world (on average 26 kg per year between 2006 and 2009). Over the last decade, the Italian pasta industry, as shown by a survey carried out by Nomisma, has distinguished itself of and exponential growth in production and turnover.

And a major contribution to this also comes from PastaTrend, the first Exhibition entirely dedicated to the durum wheat and pasta industry that ran in Bologna from 24 to 27 April 2010, gathering 150 exhibitors, over 22 000 visitors and 329 Italian and foreign journalists.

From 2004 to 2008, the Italian pasta industry, which comprises 6,000 enterprises (most of which are artisanal enterprises) and 30,000 workers, has been the real engine of exports, with a 60% increase (overperforming the industry by 6% as a whole in the same period across the world).

Importantly that this industry plays a major role as part of the milling industry (almost 200 mills in Italy process the raw material, i.e. durum wheat) and a broad section of national agriculture, which is capable of producing, as happened in 2008, prior to the collapse of the price of cereals after their quick rally, over 5 million tons of durum wheat.” 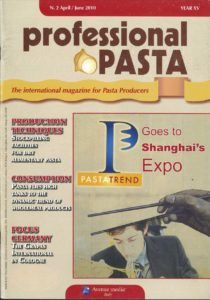 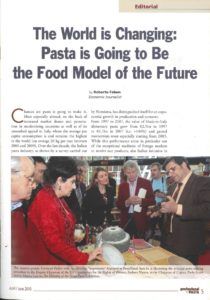